Chicken Caprese Mac and Cheese. A quick and easy one pot creamy mac and cheese loaded with juicy chicken, fresh tomatoes and basil. 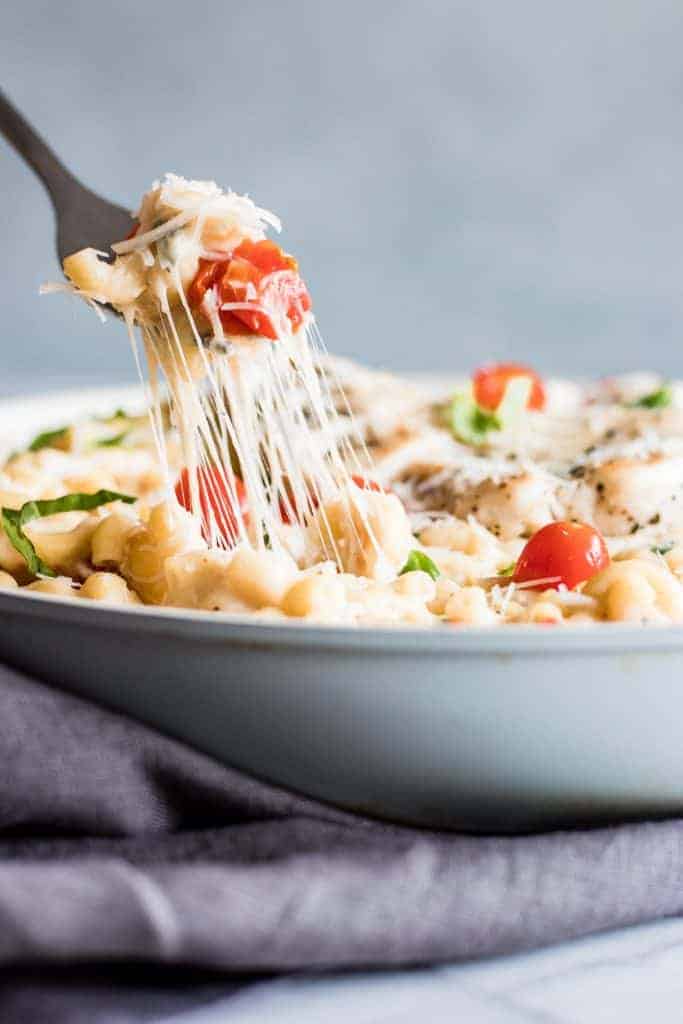 This classic creamy mac and cheese is loaded up with juicy chicken, ripe tomatoes, and fresh basil. Turning it into a Chicken Caprese Mac and Cheese. The best part? It’s all made in one pot. And that epic cheese pull? That’s thanks to the addition of mozzarella! 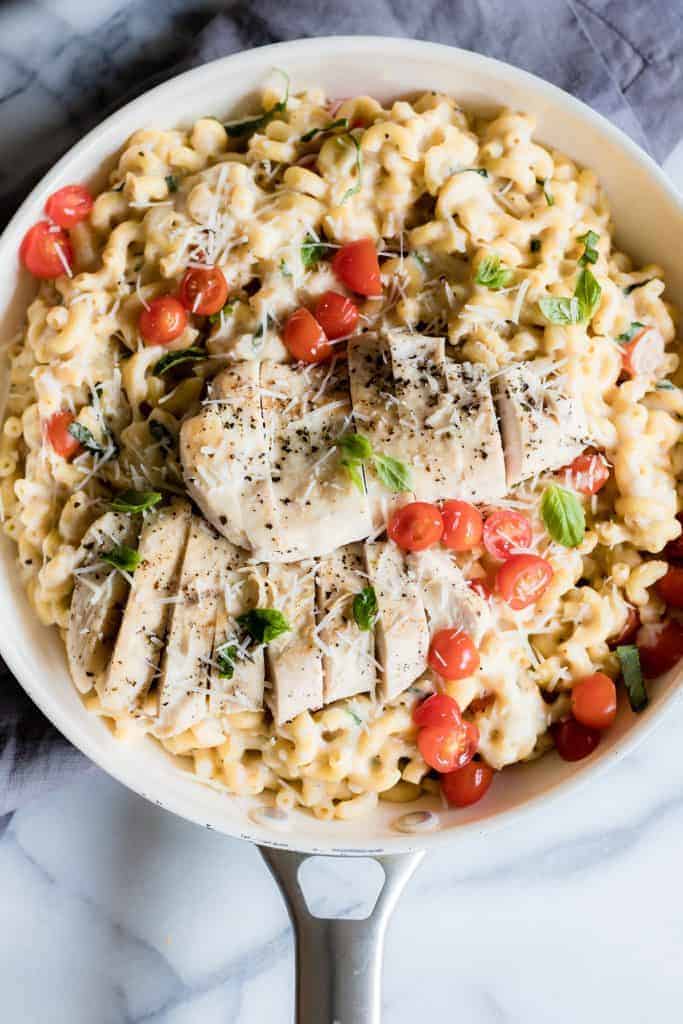 How Do You Make Creamy Mac and Cheese?

The trick to this mac and cheese and how it is so amazingly creamy comes from the use of evaporated milk!

Instead of going through the steps of making a roux and making a cheese sauce from there, using a combination of cornstarch with evaporated milk will give a much creamier, and thicker, end result.

This is due to the fact that most of the water is already removed from the evaporated milk. If we were to make a roux using milk or even cream the water would still cook out of those and we would have a slightly more watery mac and cheese. 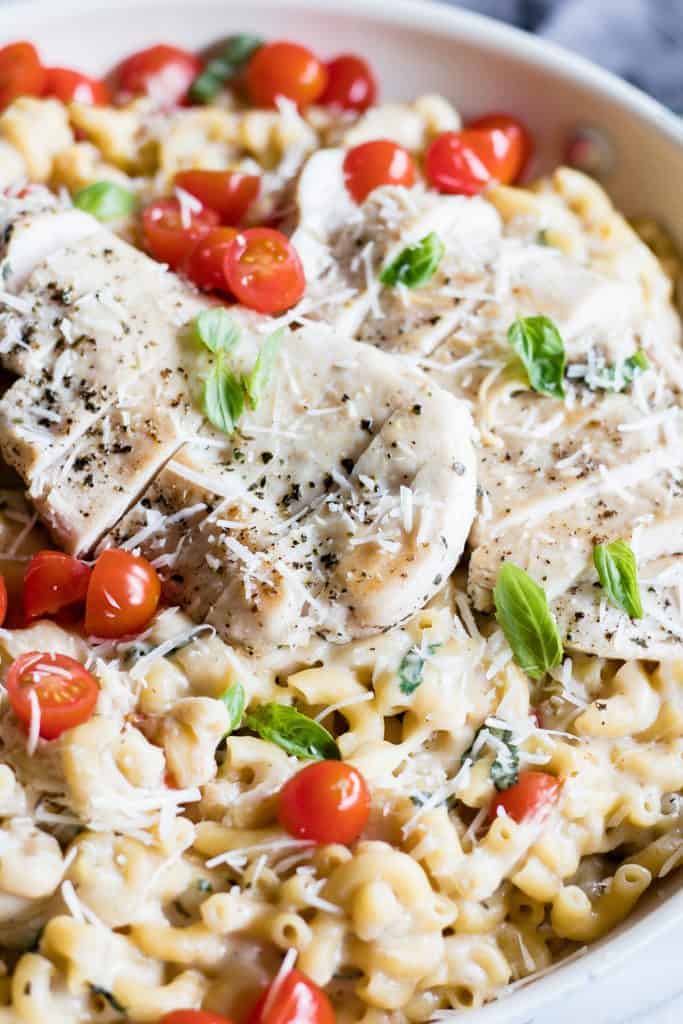 How Do You Make a One Pot Mac and Cheese?

The beauty of this Chicken Caprese mac and cheese is that it is made in ONE POT! Which means we only get one pot dirty in the process. Which makes clean up so much easier.

To make this in one pot, we are going to start with cooking the chicken. Then remove it from the pan and let the chicken rest on a cutting board.

Then make the sauce in the same pan. Let the noodles cook in the sauce, which makes them even more flavorful.

At the end, load the mac and cheese back up with the cooked chicken, some tomatoes and fresh basil.

Chicken Caprese Macaroni and Cheese. A quick and easy one pot creamy mac and cheese loaded with juicy chicken, fresh tomatoes and basil.

The recipe Chicken Caprese Mac and Cheese first appeared on The Recipe Critic.